Susan Olivia Poole: An Iconic Woman for the Bank of Canada’s new Banknote

The reasons for this nomination are that Susan Olivia Poole was:

–An immigrant  She was born on a First Nations reserve in Minnesota, USA, and moving to Canada to study music in Manitoba, where she met her husband;

-An Objibwe – an indigenous people of the USA and Canada;

–An inventor. She invented the Jolly Jumper;

-A mompreneur – she had 7 children herself;

-An exporter, selling her product all over the world;

-A talented musician in her own rite;

-The Jolly Jumper is a timeless invention, being invented over 100 years ago in 1910 but it continues to solve problems of parents today and makes many a baby happy; 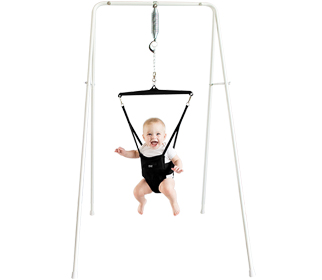 – Jolly Jumper continues to be manufactured in Canada and exported abroad; the Jolly Jumper brand now houses and markets over 200 items;

-The Jolly Jumper has probably indirectly saved numerous lives over the last 100 years;

-Arguably, there is perhaps no better time in a human’s life than that time spent in the Jolly Jumper, listening to music, bouncing with mom in the foreground

Here is the evidence:

-She did her inventing and original test marketing and built the company in British Columbia, the up-and-coming centre of innovation in Canada

-Susan Olivia Poole’s process of invention is an excellent example of translation and lateral thinking,which serves as a model for others to follow. (See “History” below).

*Some will argue, however, that the Jolly Jumper actually came from Toronto and NOT Vancovuer

“Today, every Jolly Jumper made is manufactured at the plant in Mississauga. This fact, coupled with the fact that the record only shows that Joseph was born in ‘Ontario’ leads me to believe that it’s okay to claim that The Jolly Jumper Came From Toronto!”

– Jesse Wallace “It Came From Toronto: The Jolly Jumper”

However, as we know from the history of the Jolly Jumper below, it actually came from the fields of The White Earth Indian Reservation and the Objiway moms. It seems they were the true inventors, and Susan Olivia Poole was merely the translator turned entrepreneur.

The first Jolly Jumper was invented by Susan Olivia Poole in 1910 and produced for the retail market in 1948.

As a child Olivia watched her elders strap their babies to cradle boards to carry them as ‘papooses’. While working in the fields, a mother would often hang the papoose on a sturdy tree limb and soothe the baby by occasionally pulling on the limb to create a bouncing motion.

Olivia remembered this in 1910 when her first child, Joseph, was born in Ontario, Canada. She made him a swing and called it a Jolly Jumper. She made the harness or saddle from a cloth diaper and a blacksmith created a soft-action steel spring. An axe handle was used for the spreader bar.

In 1942 Olivia and her husband moved to Vancouver, British Columbia. When grandchildren arrived, she continued to make Jolly Jumpers as she had for all of her seven children and by 1948 Jolly Jumpers were ready for mass production.

Fortunately, this wonderful Canadian invention is still being produced today in Mississauga, Ontario, Canada under its original name, Jolly Jumper. There are three models available; one with a door clamp (item #104), one on a portable stand (item #108) and one with a Musical Mat (item #105).

There are now over 200 items being manufactured under the Jolly Jumper trademark.

See more here from the Sooke Pocket News, Sooke’s leading news publication. Sooke is named after the T’Souke Nation, the original peoples of this land on Vancouver Island.

This entry was posted on March 26, 2016, 17:08 and is filed under BC, Business Models, Canada, Commercialisation, First Nations Innovations, Immigrants, Immigration Policy, Intellectual Property, Inventions, Old Knowledge to New Things, Regional Innovation, Schumpeter, Vancouver, Woman Entrepreneurs. You can follow any responses to this entry through RSS 2.0. You can leave a response, or trackback from your own site.