EU citizens in Scotland must vote Yes to independence 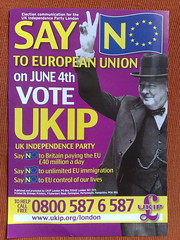 Twelve and a half years ago, I was still living in Denmark when I got an attractive job offer from a company in Bishopbriggs, and the EU made it easy to accept the job — I didn’t need to apply for anything in advance, and after I started my job, I could simply get a national insurance number and other necessities. By far the hardest bit was getting a bank account, and it took me two years to get a credit card, but the public-sector paperwork was minimal and straightforward.As EU citizens in Scotland, we are treated as normal members of society. We cannot vote in Westminster elections and UK-wide referendums, but otherwise there’s not really anything we cannot do. We can even vote in the independence referendum, which surely is the ultimate sign that Scotland accepts us as New Scots.

Compared with Denmark, which is a very homogenous country without a strong tradition of emigration, Scotland has always been a multilingual, multicultural and multireligious melting pot, and emigration and immigration are simply facts of life here. The result is a very tolerant society that is welcoming to people who want to make Scotland their home.

In this regard, Scotland seems very different from large parts of England (I don’t know Wales and Northern Ireland well enough to comment on them). Of course there are many wonderful tolerant people there, too, but UKIP is clearly very attractive to many voters there, and that scares me witless. UKIP reminds me in many ways of the Danish party called Dansk Folkeparti, not least because both parties are very successful in planting xenophobic seeds in the minds of their political opponents so that the entire country shifts decisively towards unpleasantness.

However, there is one big difference between Dansk Folkeparti and UKIP: the former is strongly anti-Muslim, while the latter hates the EU more than anything, and they clearly aren’t friends of EU migrants.

This means that the UK is likely to get tougher and tougher on us. Even if the country remains in the EU, UKIP’s influence is likely to make it harder and harder for us to access the NHS, get unemployment benefit if we lose our jobs, or be reunified with family members.

Of course, if the UK actually votes to leave the EU (and we won’t have a vote in that referendum, of course), all hell will break loose. The consequences don’t even bear thinking about.

Because of this, voting Yes is a no-brainer for EU citizens in Scotland. Even if an independent Scotland was forced to leave the EU (and most experts agree that’s extremely unlikely, e.g., Yves Gounin, John Palmer and others), Scotland’s tolerance and acceptance of us means a solution would be found to allow us to continue to live here.

I understand if some EU citizens in Scotland occasionally feel worried about an independent Scotland’s continued EU membership, but that’s really not the danger to our future. Scots don’t want to get rid of us, and we’ll be allowed to remain here as New Scots, even if Scotland ends up an EFTA member like Norway.

The real danger to us is living in a country led by a Westminster bubble where everybody is dancing to UKIP’s tune. We must vote Yes to protect our future.

This entry was posted on September 6, 2014, 20:14 and is filed under Arc of Prosperity, Immigrants, Immigration Policy, Scotland as a Spinout. You can follow any responses to this entry through RSS 2.0. You can leave a response, or trackback from your own site.