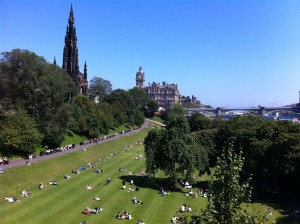 As local and national government agencies examine ways to create jobs and turn around the struggling economy, business incubation programs are featuring prominently in the debate – as well they should. For 50 years, incubators like the Innovacorp Incubator in Halifax, Nova Scotia and the BioCentre in San Jose, California,  have been helping entrepreneurs turn their ideas into viable businesses, promoting innovation and creating jobs by providing emerging companies with business support services and resources tailored to young firms to increase their chances of success.

As any entrepreneur can attest, starting a new business isn’t an easy task. Most business owners know every detail of their product or service, but many lack all of the skills they need to turn their ideas into successful firms. Business incubation programs are uniquely positioned to help entrepreneurs access resources through the incubator, business community, local colleges and universities, and other business assistance programs to help them develop the skills they need to grow successful firms.

Around the world, entrepreneurs are playing an increasingly important role in transforming economies. Rather than relying solely on efforts to attract existing businesses from other locations, many communities like Central Florida and New York City are recognizing the need to help local residents build new businesses from the ground up through business incubators, while attracting entrepreneurs from all over the world.

By focusing on developing a new generation of entrepreneurs – most of whom have ties to the local area – communities are helping to build companies that will create jobs and spark economic growth in the region for years to come. And because these programs provide targeted business assistance to young firms at their earliest stages of development – when they’re most vulnerable – business incubators help support new ventures that have a greater-than-average chance of success.

In our community, business incubation is sorely needed. There is no proper incubator to speak of in Edinburgh, and many entrepreneurs are finding it difficult to locate space in which to house their start-up firms at “burn-rate senstive prices”, while crying out for professional services and counseling. A “proper” incubator would be one that is independent of any university or government (but has links into these organizations), and follows best practices as put forth by the National Business Incubation Association (NBIA).  An incubator provides not only space, but a host of services and contacts to its start-up clients; and its goals are aligned with the success of their “graduating” firms. Good incubation management is connected not only locally but internationally as well, as client firms compete on a global, not local, platform.

Data from the United States show a healthy return on investment for incubator investments by governments and communities. A 2008 study conducted by consulting firm Grant Thornton for the U.S. Department of Commerce Economic Development Administration found that business incubators produce new jobs at a low cost to the government. The report, Construction Grants Program Impact Assessment Report, found that for every $10,000 in EDA funds invested in business incubation programs, an estimated 47 to 69 local jobs are generated. As a result, business incubators create jobs at far less cost than do other EDA investments, such as roads and bridges, industrial parks, commercial buildings, and sewer and water projects. In fact, the study found that incubators provide up to 20 times more jobs than community infrastructure projects at a federal cost per job of between $126 and $144, compared with between $744 and $6,972 for other infrastructure projects.

The UK Government recently commissioned a study of incubators that was just published this weekend that concluded “the evidence we have reviewed indicates business incubation is a valuable tool as part of an entrepreneurial support infrastructure. Incubators deliver the most value when able to respond and adapt to the needs of new ventures”. While there were some impact figures, the study called for further research and the need to expand measurements. Data is also available from the United Kingdom Business Incubation (UKBI) organization.

Although business incubation is still a relatively new industry, programs around the world have racked up impressive results that demonstrate the important role incubators play in stimulating economic growth and creating jobs. For example, the National Business Incubation Association (NBIA) estimates that in 2005 alone, North American incubators assisted more than 27,000 start-up companies that provided full-time employment for more than 100,000 workers and generated annual revenue of more than $17 billion.

There are over 300 incubators currently in the United Kingdom supporting around 12,000 businesses. However, in Scotland itself, we see very few UKBI members. Only the Alba Centre in Livingston, the Strathclyde University Incubator in Glasgow, and the Hillington Innovation Centre in Glasgow are listed.

Like many others, I have faith in the ability of entrepreneurs to jump-start our sagging economy by generating revenue and creating new jobs. But many times, they need a guiding hand to help them turn their ideas into viable businesses, particularly during times of economic crises. The world’s existing network of business incubation programs – and the many new incubators under development – can assist entrepreneurs in growing new businesses that can help put many people back to work.

Now is not the time to cut back on one of the world’s foremost job creators. And thankfully, the U.S. government seems to recognize that. My hope is that the Scottish Government can do the same. As government agencies at all levels continue to debate how to revive the economy, it’s important that incubators – a critical component of the entrepreneurial support infrastructure that have proven themselves to be significant generators of new jobs – be at the forefront of these discussions. Clearly, we need to target our public investments to those projects that will have the greatest return and create the greatest number of jobs: business incubators.

This entry was posted on September 19, 2011, 15:09 and is filed under Uncategorized. You can follow any responses to this entry through RSS 2.0. You can leave a response, or trackback from your own site.